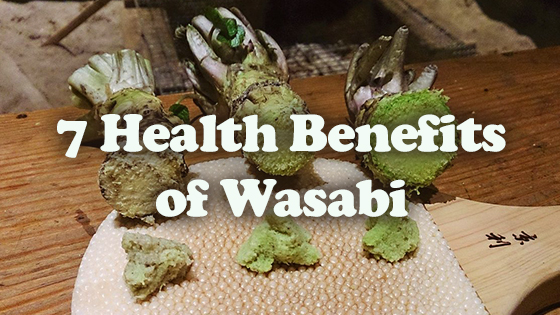 If your condiment repertoire is any more refined than the standards of ketchup, mustard, and mayonnaise, chances are you’re familiar with wasabi. Wasabi, an Asian root vegetable in the same family as horseradish, is thick, green, and powerful. It is most commonly sold as a powder or a ready-made paste alongside various fish dishes. Today, many Americans consume a knockoff version of the wasabi condiment made mostly from artificial colors or spinach pastes, but real Japanese wasabi boasts health benefits.

The wasabi plant has grown wild in the Japanese mountains for thousands of years (according to archaeologists, as early as 14,000 BC!), but people first began cultivating it intentionally in the early 1600s, thanks to improvements in agricultural understanding and technology. The plant itself is fragile and difficult to grow—in order to thrive, it requires cold, clean water, minimal sunlight, and a very precise balance of minerals in the soil. So, to this day, wasabi remains a delicacy.

Wasabi consumption and usage goes back further than its cultivation, though. Ancient records that date back to the tenth century document its use in cooking (particularly cold soups) and in medicine. In fact, wasabi even earned itself a mention in the Engishiki, which is the oldest known Japanese written record of laws and regulations. This document, which dates back to the year 927, includes wasabi on a list of various goods that could be used to pay federal taxes.

Many Japanese folk remedies involved pressing wasabi-saturated cloths against whatever body part seemed to ail them—this is possibly due to the root’s powerful anti-inflammatory properties. The most common ailments treated this way were things like rheumatism and bronchitis. 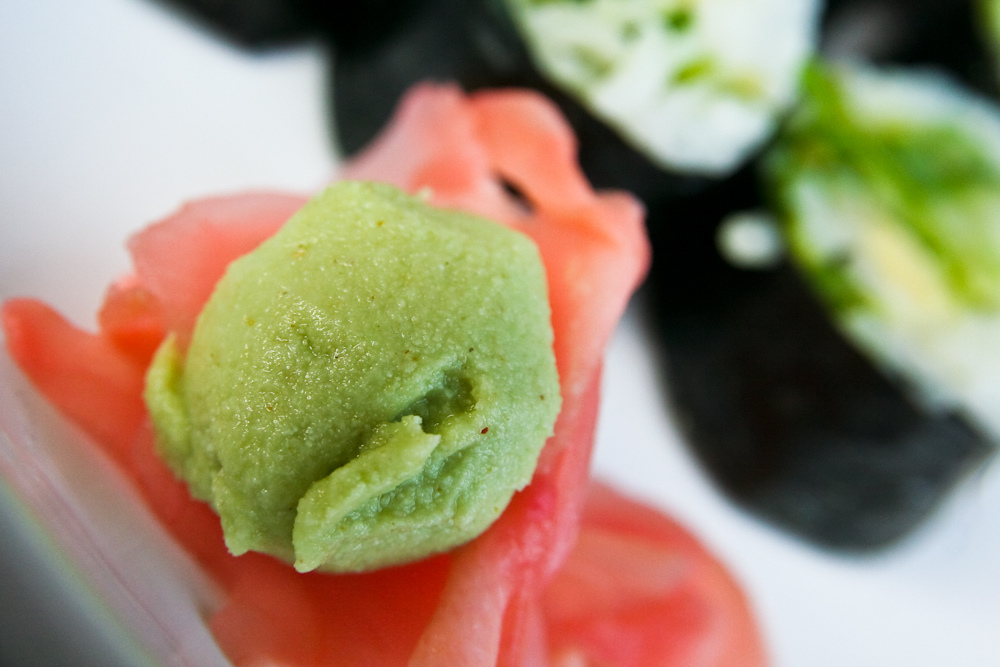 Wasabi was a key ingredient in much of the vegetarian food consumed by Buddhists in temples all the way through the middle ages. Traditionally, wasabi was the last ingredient added to a dish, because it begins to lose its flavor in just ten minutes. Over the years, wasabi left the temples and became more widely used by the general population.

This pungent food came to the forefront of cuisine with the rise of sushi. For several hundred years, sushi was a dish consisting of rice and fish which were left to ferment for up to three months—which made it a tedious, time-consuming food reserved for those who had the time and resources to wait for a dinner months in the making. In the late 1700s, however, a technique emerged wherein one could ferment the sushi in just one night, greatly speeding up the process.

A couple years later, our modern version of sushi was born: raw fish. Wasabi, which to many is a powerful antibacterial agent with an even more powerful aroma, proved itself to be the ideal condiment for raw sushi, because it both countered the stench of raw fish and aided in the prevention of potentially deadly food poisoning. After gaining popularity as a condiment for sushi, it found its home in other Japanese dishes, including buckwheat (or ‘soba’) noodles. One document written in 1712 defines wasabi as one of the necessary ingredients in soba dishes.

Today, wasabi still has a firm place in Japanese culture. A popular dish known as sashimi, which consists of small chunks of raw fish and soy sauce, is almost always eaten with wasabi. This is consistent with the primary historical uses of wasabi—as a way to eliminate the health risks associated with eating raw fish. Though we have only very recently acquired the scientific know-how to understand what makes certain foods and chemicals antibacterial, the pre-modern Japanese had some idea that wasabi prevented the growth of disease-causing agents. Even now, the idea that wasabi has antibacterial properties is one of the most widely talked-about health benefits. There is also some evidence that it may kill parasites living inside of raw fish.

Though the seafood condiment has become popular throughout much of the western world, most of what we call ‘wasabi’ is not true wasabi. Because fresh wasabi loses its flavor so fast, many restaurants and other businesses import mixed powders or ready-made pastes made with other ingredients. This is unfortunate, because, while even powdered wasabi has some health benefits, they pale in comparison to fresh-grated wasabi root.

Okay, so what are these powerful health benefits?

1. It kills dangerous pathogens and may prevent food poisoning.

The ancient Japanese had the right idea when they began using fresh-grated wasabi to sterilize their raw fish. One study, which examined the bacteria-busting effects of various foods, found that wasabi did an excellent job of killing two of the bacteria that cause our most terrifying food-borne illnesses: E. Coli and Staphylococcus.  This means that, when consumed with potentially dangerous foods (such as raw fish), wasabi can help prevent food poisoning and other possibly deadly food-borne illnesses. 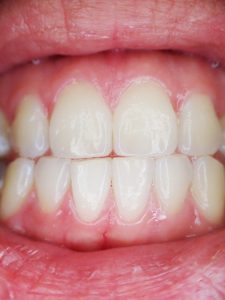 2. It may protect your teeth from unfriendly bacteria.

We are not sure whether or not Japanese sushi-eaters of old were renowned for their sparkly white teeth, but the same anti-bacterial properties that protected them from food poisoning might have kept their teeth safe, too! One study performed in 2000 discovered that chemical compounds extracted from wasabi root greatly suppressed the growth of streptococcus—otherwise known as the bacteria that causes cavities.

3. It may fight various forms of cancer.

Like all of our favorite super-foods, wasabi boasts many cancer-fighting properties. Firstly, it contains high levels of antioxidants, which destroy free radicals floating around in the blood—free radicals which can cause the cell damage that sometimes results in cancer. With fewer free radicals flowing through the bloodstream, the risk of cell damage is reduced, which in turn reduces the risk of cells turning cancerous. In addition, wasabi contains moderate amounts of Vitamin C, which may help the immune system snuff out individual cancer cells before they have a chance to turn into a full-blown illness.

But perhaps its most powerful weapon is its high concentration of chemical compounds known as isothiocyanites, which are found in all vegetables in the cabbage family. A few studies have found that these chemical compounds trigger apoptosis, or programmed cell death, in both stomach cancer and leukemia cells. Other studies have found similar results in two other common types of cancer: melanoma and breast cancer. This means that wasabi may be a valuable tool in preventing the development of cancer, as well as reducing tumor growth in patients with existing cancer.

The best part? Unlike many other anticancer agents, wasabi seems to kill cancer… without harming the healthy cells in the body!

4. It may aid bone health and relieve painful arthritis symptoms.

While no one food can prevent the onset of arthritis, wasabi has been shown to greatly reduce painful inflammation in the joints, ligaments, and muscles of those suffering from the chronic disease. These same anti-inflammatory properties may help relieve symptoms for other individuals dealing with chronic pain, or simply with the at-times painful effects of aging.

But the bone benefits don’t end there. There is some evidence that certain chemicals found in wasabi may slow bone loss, which could reduce the risk of osteoporosis and stress fractures in athletes and the aging population.

5. It fights heart disease and may prevent heart attack and stroke. 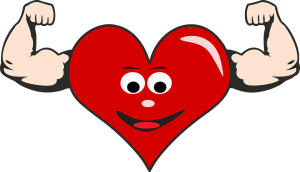 Though wasabi is not powerful enough to cancel out your bacon cheeseburger single-handedly, it can be an excellent addition to a diet aimed at lowering blood cholesterol and reducing the risk of heart disease. The pungent green plant has the ability to lower blood cholesterol, and to slow the formation of potentially deadly blood clots—blood clots which are the leading cause of fatal heart attacks and strokes. Wasabi is a natural way to achieve some of the blood-thinning benefits of aspirin without having to chew a pill.

That being said, wasabi is not a substitute for emergency medical care. Your favorite sushi condiment, no matter how delicious, cannot take the place of the life-saving drugs your doctor may have prescribed.

6. It supports a healthy respiratory system.

… and you don’t even have to smoke it. Because wasabi is such a powerful anti-inflammatory agent, it eases irritation and inflammation throughout the whole respiratory tract, from the sinuses all the way into the lungs. This is why many traditional healers use wasabi when treating such ailments as bronchitis and sinus congestion. Some also believe that it can be a valuable tool in managing chronic asthma.

Wasabi also has the immediate benefit of temporarily clearing out the sinuses if you are dealing with cold, flu, or seasonal allergies. The same chemical  elements responsible for that pungent smell cause the nasal passages to open up, which can help congestion drain out of the sinuses.

7. It improves circulation throughout the body.

The same mechanism that reduces the formation of blood clots also improves blood through throughout the entire body, which can speed up healing, increase energy levels, and minimize aches and pains. This is especially important for athletes such as runners or bodybuilders, who need to achieve adequate blood flow to damaged muscles to ensure adequate recovery between workouts. 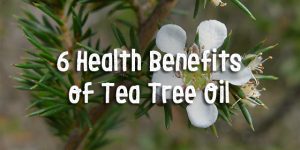