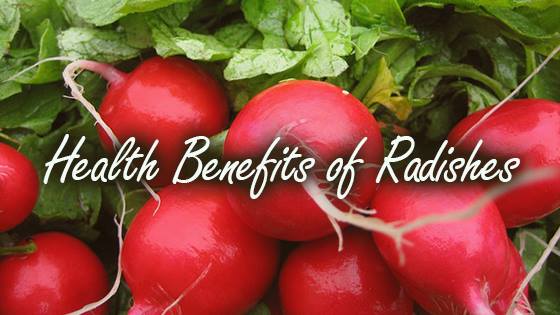 A typical vegetable tray will contain a familiar range of reliable, nutrient-rich vegetables, including carrots, cauliflower, sugar snap peas, and finally, radishes. The famous root vegetable is related to several other popular picks, including cauliflower, broccoli, and kale, which are all members of the cabbage family. Radishes, however, have earned a unique place in the culinary world due to their peppery taste and crunchy texture, but they are also renowned for their nutritional benefits.

When it comes to their origins, radishes are shrouded by an air of mystery– and the subject of much disagreement. The radish (also known by its official name, Raphanus sativus) is thought by some to have originated in Northern China, due to a collection of archaeological evidence and references in Chinese literature. Others argue that radishes originated somewhere near the Caspian Sea, as this is the area where the greatest variety of radish types is found.

That being said, there are a few ideas that have risen to prominence. The radish is believed to have been cultivated originally by either the Chinese, the Egyptians, or the Ancient Greeks. Some Egyptologists believe that radishes were consumed as early as 2700 B.C., while others suggest that they only began using the word ‘radish’ after the Greeks introduced them to it. The conflicting, sometimes muddy evidence of origin has made these root vegetables the mysterious orphans of the food pyramid. We do know, however, that they found their way onto the North American continent by the year 1629, and that they were consumed throughout much of Europe by the early 1500s.

Regardless of our uncertainty when it comes to radish history, their nutritional value is universally accepted.

In the time before the Middle Ages, sailors would consume radishes for their Vitamin C, preventing scurvy and other deadly illnesses. Today, dietitians consider them a valuable part of any healthy diet for their other nutritional properties too– including fiber, vitamin B6, calcium, iodine, and even folate. 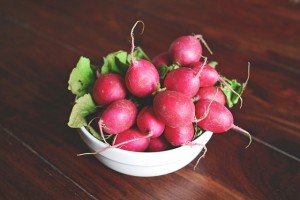 1) They are low-calorie and high-fiber.
As with many vegetables, radishes are low in calories, containing only 18 calories per one cup of slices. They are also high in fiber, containing 1.9 grams of dietary fiber per cup, and low in sugar. All these factors make them an excellent choice for anyone who is looking to cut calories. The low calorie content allows dieters to eat a larger serving, and the high fiber content aids in maintaining satiety longer.

In addition to keeping you fuller longer, dietary fiber has been linked to a decreased risk of many chronic, life-threatening illnesses, including heart disease, diabetes and colon cancer. Just one cup of radishes will provide 7% of your recommended daily fiber intake. Not to mention the effect all that fiber will have on relieving constipation!

2) Radishes are high in body-building Vitamin C.
As previously mentioned, the radish saved many a sailor from scurvy in the Middle Ages. Incorporating radishes into your diet can make it easier to reach your recommended daily allowance of Vitamin C– just half a cup of radish slices provides 8.6 mg of this vital vitamin, which amounts to 14% of your recommended daily intake. Vitamin C is vital in maintaining a healthy body and brain, because it is one of several nutrients used to rebuild and repair. Vitamin C is required to build tissue, maintain strong teeth, and create healthy blood cells.

According to the University of Maryland, Vitamin C’s antioxidant properties also make it great for staving off cancer. Diets high in Vitamin C are better at fending off dangerous cell damage that can lead to tumors. Vitamin C is also water soluble, which means the body can’t hang onto it for long periods of time. This is why you have to consume Vitamin C every day to maintain health and well-being.

3) Radishes have cancer-fighting properties.
In addition to Vitamin C, radishes have a group of chemicals called isothiocyanates, which have been shown to have powerful anti-cancer properties. These chemicals alter the genetic pathways in cancer cells, and actually increase cancer cell death. This means that radishes can be a key element in a healthy, cancer-fighting diet.

4) Radishes can help lower your blood pressure.
Radishes contain high levels of potassium, which is vital in maintaining healthy, stable potassium-sodium levels in the body. This is especially important today, because the standard American diet contains far higher levels of sodium than it does potassium. Radishes have been shown to lower blood pressure in patients with hypertension.

5) They fight urinary tract infections.
Radishes have diuretic properties, which means they help ‘flush out’ your system. This gets rid of toxins that may have accumulated in your kidneys or in the blood, which will help with painful inflammation or burning characteristic of a UTI. These diuretic properties make radishes an important part of any diet meant to fight a wide variety of urinary conditions.

6) They boost your immune system and fight colds.
Vitamin C is the gift that keeps on giving. Radishes are great to kick your immune system in gear during cold and flu season, when you are looking for a reliable non-citrus source of this vital vitamin.

In addition to immune system support, radishes have powerful anti-congestive agents, which will help clear uncomfortable congestion in your throat and sinuses. This is why radishes are invaluable in preventing (and shortening) colds.

7) They are hydrating.
Radishes are mostly water, so if you have some difficulty drinking eight glasses of water every day, incorporate this watery vegetable into your diet. Hydrating foods will keep your digestive system running smoothly and help to prevent fatigue, mental fogginess and lethargy. In addition to keeping you energized and focused, maintaining proper hydration will increase your body’s ability to absorb other vitamins and minerals.

8) They can relieve stomach problems.
Radishes are considered a ‘cooling’ food due to their anti-inflammatory, hydrating properties, which have a calming effect on the body. This is especially true for the digestive system. Radishes are often seen to relieve stomach problems like bloating and indigestion in healthy individuals– but those with GERD should note that radish, like peppermint and onion, can exacerbate symptoms. 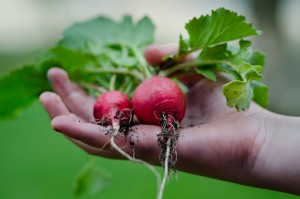 These are just eight of the documented health benefits of regularly consuming radishes. They can be enjoyed raw or cooked, and can be added to a variety of dishes and recipes to enhance flavor and nutrition. Many people add them to salads or enjoy them with a healthy vegetable dip, like hummus. Others use them as a low-carbohydrate alternative to potatoes, or enjoy them roasted/steamed. Radishes are a valuable source of nutrition for almost everyone, and while they may exacerbate symptoms of GERD, they are considered universally safe and beneficial.