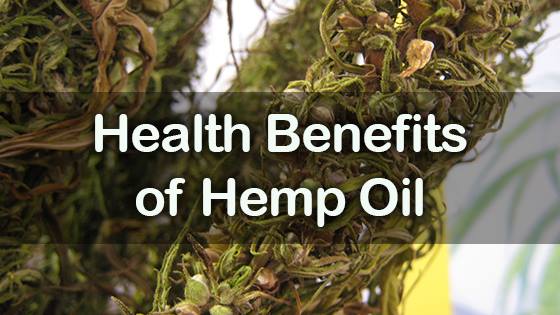 The hemp plant has been cultivated by human civilizations for over 10,000 years, it’s been used for fuel and building materials, for the production of textiles and paper and as a source of food for humans and animals. Hemp is an easy to grow crop that requires no pesticides or fertilizers to flourish and is one of the hardiest plants on the planet. Due to its versatility and ease of use, hemp today is used in the manufacture of over 20,000 products including textiles, paper, fuel, paint, cosmetic products and many others. Hemp seeds come from the cannabis sativa plant but contain only trace amounts of the THC compound that gives marijuana its narcotic properties. Hemp continues to grow in importance as more and more people discover its numerous benefits.

Hemp is believed to have been grown as far back as 10,000 years ago and archaeologists have discovered woven hemp fabrics reputed to be over 8000 years old. The Lu Shi, one of the texts of the Chinese Sung Dynasty, records that Emperor Shen Nung encouraged the Chinese people to grow Hemp for textiles in the 28th century BC. Hemp production in Europe began around 1200 BC and spread to other parts of the world after this century. Different civilizations recognized the versatility of Hemp over the centuries with the Chinese growing Hemp for over 6000 years, the French, Spaniards and Chileans for 700 years and Russia for several hundred years. Hemp paper making began in China around 150 BC while hemp medicine has been used consistently in different countries for many centuries. Hemp increased in importance during the Middle Ages and it was a crop of great social and economic value, supplying food, fiber and fuel for many countries. Hemp rope was used in sailing ships and in 1535, King Henry VIII passed a law requiring all landowners to dedicate a ¼ acre portion to the growing of Hemp due to its importance in the production of shipping ropes, canvas (which comes from the word cannabis) and clothing textiles.

Hemp is thought to have grown wildly in America before the arrival of Europeans. In the 17th century, the state of Massachusetts, Virginia and Connecticut made the growing of Hemp a legal requirement for all residents, and the crop was grown for local use and export until the early part of the 20th century. It was used in the production of cord, paper, clothing and canvas and at some point became so important that people were allowed to pay their taxes with it. The invention of machines that made the harvesting and processing of hemp resulted in hemp being produced by thousands of farmers across the country. Hemp production decline came about as a result of marijuana laws passed in the 1930’s that prohibited farmers from growing it due to its narcotic properties. World War II resulted in a resurgence of hemp growing for fibers but after the war, domestic demand fell off and the last major harvesting of a hemp crop took place in 1958.

Anti marijuana laws made the growing of Hemp illegal for almost one century but recent changes in laws are seeing the resurgence of hemp growing in many states. In February 2014, President Obama signed a U.S farm bill that removed federal barriers to industrial hemp production, allowing both farmers and consumers to enjoy hemp products legally for the first time in many decades. This spells good news for many consumers who recognize the enormous and myriad advantages hemp has to offer society, and especially those that need to take advantage of its numerous health benefits.

Hemp oil contains lipids with similar properties to the lipids found in human hair, nails and skins. As a result, hemp oil can penetrate and moisturize the cells in these parts of our body, resulting in soft skin, thick and shiny hair, and strong nails. In addition, hemp oil has healing properties and can remedy dry patches, lesions and blotches on the skin. Hemp oil is extremely light and can safely be used as a moisturizer that does not clog the skin’s pores.

Hemp seeds and the oil derived from them have been shown to contain high levels of Essential Fatty Acids (EFAs) and Polyunsaturated Fatty Acids (PUFAs) which are essential for heart health. In addition, hemp oil contains all of the essential amino acids and is especially high in the amino acid Arginine which has been shown to control homeostasis and manage platelet and leukocyte interactions with the arterial wall, resulting in smoother arterial walls and ultimately, the regulation and lowering of high blood pressure.

Hemp oil contains high levels of Gamma Linolenic Acid which is responsible for the production of Prostaglandin that reduces the effects of the hormone Prolactin that is thought to increase the severity of PMS and menstruation symptoms.

The Journal of Arthritis and Rheumatism conducted a study that reported that GLA in hemp oil can reduce arthritis symptoms by up to 5% compared to other medications. Further, hemp seeds balance out omega 3 and omega 6 fats and help to reduce inflammation associated with the conditions of rheumatism and arthritis.

Hemp oil is low in sugar and carbohydrates and as such is able to regulate insulin levels in the body which ultimately helps in the control and management of conditions such as diabetes and hypoglycemia.

Hemp oil is one of the most effective natural appetite suppressants available today. It works by making a person feel full for longer and reducing the sugar cravings that result in overeating or irregular sugar levels. Nutritional experts recommend adding up to 4 tablespoons of hemp oil to regulate and control appetite during the day and ultimately, help you to lose those extra pounds.

Hemp oil is a natural, toxic free and effective way to manage health conditions and improve physical appearance without having to break the bank or use toxic substances that are detrimental to your health. Using hemp oil will ensure that your heart works better, your skin, nails and hair look better and your aching joints work better in the long run without having to spend too much of your hard earned money.