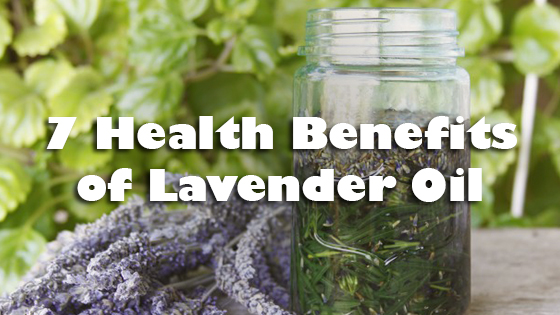 If you have jumped on the bedtime cup of herbal tea bandwagon, chances are you’re very familiar with the taste of lavender mixed with chamomile, but you may not know the full extent of this famous herb’s healing powers.

Though lavender oil (and tea) has reemerged in recent years as a health food trend, this essential oil has been used to make human lives better for at least 3,000 years. Native to areas surrounding the Mediterranean, the word ‘lavender’ is derived from the Latin word ‘lavare,’ which translates to ‘to wash.’ This is because the fragrant plant was often used for antiseptic and hygienic purposes. 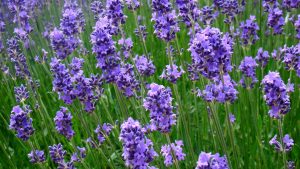 Ancient cultures like the Egyptians and Arabians used lavender in their embalming and mummification rituals, as well as in perfumes, medicines and massage oils reserved for the pharaohs and high priests. When archaeologists explored King Tut’s tomb, they found several jars full of lavender. This means that the ancient Egyptians prized lavender enough to believe that King Tutankhamen would need it in the afterlife!

The Arabians are thought to have been the ones who cultivated lavender and spread it all across Europe, where it can now be found in parts of Spain, Italy, France, and even England.

According to legend, lavender oil was a key part in Cleopatra’s successful seduction of both Julius Caesar and Mark Anthony. Members of the higher social class in the middle ages used lavender oil as an aphrodisiac and in love potions. The plant was also scattered across the floor in castles, bedrooms and even sickrooms as a way to keep foul biological odors at bay. During the Plague, lavender was often burned in attempt to cleanse the sickness from the air; as a result, the price of lavender skyrocketed, and women who sold herbs found that they could hardly keep up with the demand.

During times of war, many cultures employed lavender for the purpose of disinfecting wounds and accelerating healing. The first recorded instance of lavender being used for healing purposes date back to ancient Greece, when the military physician named Dioscorides wrote that lavender was valuable in relieving stomach upsets, headaches, and sore throats when taken orally. He also noted that lavender was excellent in treating open wounds, burns, and other skin conditions. Roman soldiers were often instructed to carry lavender to use on war wounds.

The ancient Romans used lavender oil in cooking, cleaning, bathing, and even in keeping pesky insects at bay. In the Bible, Mary Magdalene anointed Jesus’s feet with lavender—in the text, it goes by the name “spikenard,” which is derived from the Greek word for ‘lavender.’

Throughout the 16th century in France, lavender was widely considered to be the best way to battle infections. At the time, it was noted that those who used lavender in their work (particularly glove makers) were less likely to die from cholera. During World War I, lavender was used widely in dressing the wounds of injured soldiers. 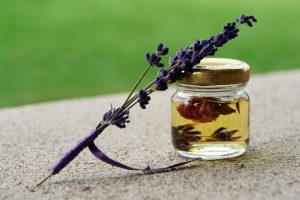 Today, we harvest fresh flowers from lavender and extract the essential oils for medicinal and therapeutic uses. In the modern era, lavender oil is commonly used in cosmetics and even for culinary purposes—everywhere you turn, it seems like some product is flavored or scented using lavender. Teas, cookies, candy, ice cream, cakes, the list goes on. Cosmetics marketed to people with sensitive skin often contain lavender oil for its skin-soothing effects.

For those who are less interested in buying mass produced beauty or snack items containing trace amounts of the herb, pure lavender oil is a godsend. Many people have seen success when using it to treat their own physical or mental ailments, and it remains a favorite among holistic healers, aromatherapy enthusiasts, and naturopaths the world over.

Here are just a few of the benefits and uses of lavender oil in the modern era:

There is a reason why lavender is in pretty much every bedtime herbal tea on the market: it works. There are many tales throughout history that involve stuffing pillows with lavender flowers in order to help stressed and sleepless people fall asleep.

Several studies performed on mice have shown that lavender leads to falling asleep more quickly, and sleeping for longer with fewer interruptions. Another small study that was published in the Journal of Alternative Complementary Medicine discovered that those who used lavender oil experienced almost immediate relief from their insomnia. Unlike common over-the-counter or prescription sleep aids, this essential oil will help you fall asleep and stay asleep without the potential for dangerous side effects or drug dependency.

2. It soothes stress and anxiety.

If you’re someone who is plagued by teeth grinding, stress headaches and tense muscles, it may be time to bring lavender oil into your life. Several studies and a mountain of anecdotal evidence suggest that lavender essential oil may promote calmness and relaxation by slowing down the activity of the nervous system.

One study showed that those who received a massage using lavender oil experienced heightened feelings of calmness and serenity—and it wasn’t just the massage, either, because the control group, who didn’t see the same results, received the exact same massage, sans lavender oil. This would indicate that the presence of lavender made all the difference in soothing anxiety and promoting relaxation.

To fight stress, massage small amounts of lavender oil into your temples, neck, or the insides of your wrists. You can also diffuse it into your office at work, or if you’re lucky, con your significant other into giving you a luxurious lavender oil massage. Just tell them it’s for medicinal purposes. 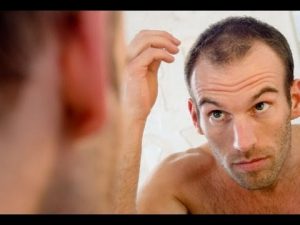 3. It combats alopecia areata—otherwise known as the most common cause of hair loss.

Weird, but true: recent studies suggest that lavender oil may be able to combat hair loss and even encourage regrowth. As we grow older, many of us experience varying levels of hair loss, with some of us horrified to discover ping-pong ball-sized bald patches while the rest of us struggle with thinning hair all over the scalp.

But for people with an autoimmune disease called alopecia areata, hair loss can be pretty intense, resulting in total baldness at a young age. A study performed in Scotland discovered that almost half of all the alopecia areata patients who massaged lavender essential oil into their scalp every day for seven months experienced an increase in new hair growth. It is worth noting that this study included other essential oils, too, so you may want to include other oils like rosemary or cedarwood.

Some people also recommend pure lavender oil as a way of preventing the male pattern baldness that turns men into Captain Picard as they age. Worth a shot, right? Mix a couple drops into your conditioner in the shower every day.

This may just be due to its calming effects, but in a country riddled with heart disease, we’ll take whatever help we can get! Lavender essential oil has been shown to improve coronary circulation, improving blood flow throughout the body. This is crucial for people struggling with heart disease or diabetes, which can often lead to poor circulation.

In addition, its soothing properties can lower your blood pressure almost immediately—which is why it is so often used as an at-home complementary treatment for hypertension.

5. It improves healing in cuts, burns, and rashes.

Unsurprisingly, the ancient healers were onto something when they used lavender as an antiseptic agent. This essential oil has been used to fight various infections, bacterial and fungal, throughout history, and today, many people use it to help heal small cuts and burns.

One study found that lavender oil was highly effective in fighting infection when mixed with cinnamon, clove, or tea tree oils. Its antimicrobial properties make it the perfect topical treatment for any wound that is at risk of infection (but don’t forget to wash your cut out first!).

For eczema and other skin irritation, mix lavender oil into your favorite moisturizer (such as coconut oil) and massage into the affected area. 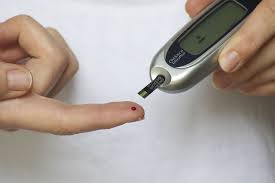 6. Lavender may alleviate symptoms of diabetes.

According to an animal study in 2014, lavender essential oil may fight the crippling effects of diabetes. Over the course of the study, researchers found that rats that were exposed to lavender oil experienced fewer blood sugar spikes, less weight gain, and less damage to the kidneys and the liver. It also appeared to have a higher antioxidant effect than Vitamin C.

Lavender oil has proven to be quite the antioxidant superstar. One study found that inhaling diffused lavender for an hour every day decreased cell damage. Another study in China found that lavender oil encouraged the body to produce more of its own powerful antioxidants. As we now know, a reduction in cell damage means a reduction in your chances of developing cancer. For those who already have cancer, lavender oil can be used to minimize pain, encourage relaxation, and manage stress levels.